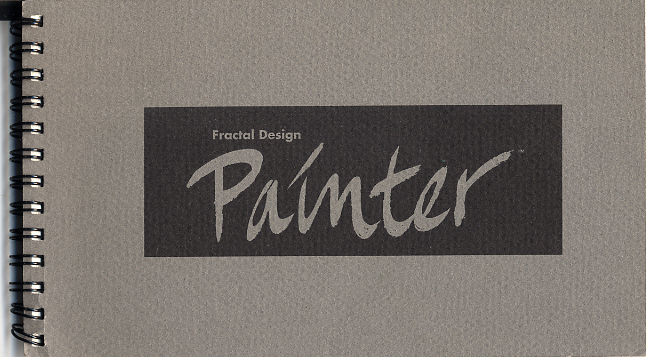 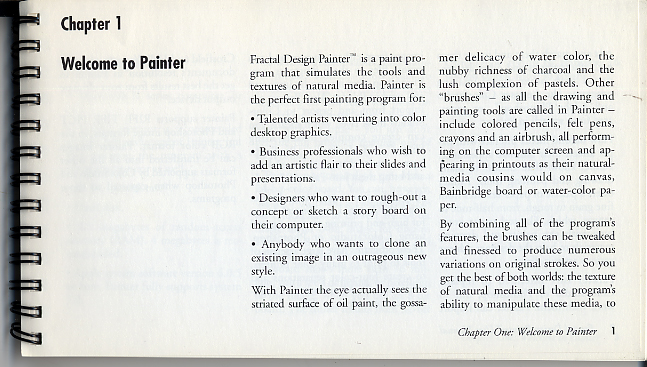 Editor's Note: August 2021 marks the 30th anniversary of the debut of Corel Painter, or Fractal Design Painter, as it was called back then. It debuted at Boston Macworld August 6-9, 1991.
And I was there.
I wrote the first Painter manual and I was at Boston Macworld demo'ing the new software.
I then wrote the manuals for the next several versions, in addition to the Companion, the first book of Painter tutorials.
Since then, I've written many Painter books, including my Painting for Photographers series.
I wrote this blog in honor of the 20th anniversary of Painter's debut.
Above are the cover and the first page from the version 1.0 Painter manual, written by Karen Sperling.